As Texas begins recovery from one of the worst storms to hit the state in decades, Credit Bureau Connection (CBC) is announcing a sizeable donation to the NADA Emergency Relief Fund to aid in immediate relief efforts for employees of impacted Texas auto dealers. Hurricane Harvey, which made landfall as a Category 4 storm, produced life-threatening flooding for both coastal and inland cities in Texas and has since been declared a federal state of disaster.

“This is devastation unlike anything we’ve seen, and our hearts go out to the millions affected, including the thousands of automotive dealer employees in Texas along with their families,” said CBC President and CEO, Mike Green. “We will continue to support all dealers affected in any way we can, as individuals, and as a business.”

The NADA Foundation has mobilized its Emergency Relief Fund to assist dealership employees who have been impacted by personal property damage caused by the hurricane and flooding.

About the NADA Emergency Relief Fund

Credit Bureau Connection is the leader in credit reports and compliance solutions for automotive, motorcycle, power sports, and RV dealers; along with a vast network of lenders, brokers, and integrated software partners throughout the automotive industry. CBC sets the standard with superior customer service, state-of-the-art software, comprehensive data security, and high-end servers and hardware; all managed in the most secure and redundant data centers in the industry. CBC is a distinguished reseller for all three credit reporting agencies: Experian, TransUnion, and Equifax maintaining long-term good-standing relationships with all three. CBC’s forward thinking business and technology approach is the driving factor in the companies’ substantial growth year after year for over a decade. For additional information, visit: www.creditbureauconnection.com

The ALS Association is the only non-profit organization fighting Lou Gehrig’s Disease on every front. By leading the way in global research, providing assistance for people with ALS through a nationwide network of chapters, coordinating multidisciplinary care through certified clinical care centers, and fostering government partnerships, The Association builds hope and enhances quality of life while aggressively searching for new treatments and a cure.

Each year, the Walk to Defeat ALS® brings communities together in the fight against Lou Gehrig’s Disease.  Though we walk for various reasons, we are united in our quest to find a cure for ALS. CBC is proud to support Tom and this worthy cause.

Credit Bureau Connection is the leader in credit reports and compliance solutions for automotive, motorcycle, power sports, and RV dealers; along with a vast network of lenders, brokers, and integrated software partners throughout the automotive industry. Today CBC is proud to sponsor MDA muscle walk. Our donation to MDA Muscle Walk will help MDA fight for every child and adult affected  from the harm of these muscle-debilitating diseases.

What is multiple system atrophy?

Multiple system atrophy (MSA) is a progressive neurodegenerative disorder characterized by a combination of symptoms that affect both the autonomic nervous system (the part of the nervous system that controls involuntary action such as blood pressure or digestion) and movement. The symptoms reflect the progressive loss of function and death of different types of nerve cells in the brain and spinal cord.

Symptoms of autonomic failure that may be seen in MSA include fainting spells and problems with heart rate, erectile dysfunction, and bladder control. Motor impairments (loss of or limited muscle control or movement, or limited mobility) may include tremor, rigidity, and/or loss of muscle coordination as well as difficulties with speech and gait (the way a person walks). Some of these features are similar to those seen in Parkinson’s disease, and early in the disease course it often may be difficult to distinguish these disorders.

MSA is a rare disease, affecting potentially 15,000 to 50,000 Americans, including men and women and all racial groups. Symptoms tend to appear in a person’s 50s and advance rapidly over the course of 5 to 10 years, with progressive loss of motor function and eventual confinement to bed. People with MSA often develop pneumonia in the later stages of the disease and may suddenly die from cardiac or respiratory issues.

While some of the symptoms of MSA can be treated with medications, currently there are no drugs that are able to slow disease progression and there is no cure.

MSA includes disorders that historically had been referred to as Shy-Drager syndrome, olivopontocerebellar atrophy, and striatonigral degeneration.

Search for a participant or team below or donate to a Muscle Walk near you.

Credit Bureau Connection is the leader in credit reports and compliance solutions for automotive, motorcycle, power sports, and RV dealers; along with a vast network of lenders, brokers, and integrated software partners throughout the automotive industry. Today CBC is proud to sponsor Relay for Life Lakewood event brought to you by the American Cancer Society. The American Cancer Society Relay For Life movement symbolizes hope and our shared goal to end a disease that threatens the lives of so many people we love. If cancer has touched your life, participating in a Relay For Life event is a way to take action and help finish the fight. This is your opportunity to honor cancer survivors, remember those you have lost, and raise funds and awareness to fight back and help end cancer forever.

Want to learn more about the impact CBC is making? Visit ACS website to see how generous individuals like you can help cancer patients and their families every day.

Want to become even more involved? Here’s how: 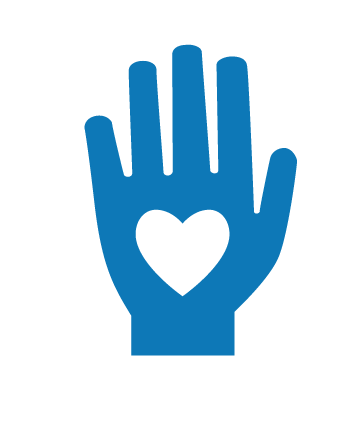 During the week of June 16th, Credit Bureau Connection’s Subscriber Services Manager and all around amazing person, Crly Alvarado, volunteered to be a camp counselor at this year’s 2014 MDA Summer Camp at Camp Tuolumne Trails, Groveland CA. Crly went through extensive interviews, background checks, ability tests, and training before even being considered as a volunteer.

When Crly returned she had the following to say:”MDA summer camp is a very special week for the campers and a time that they look forward to all year long. I enjoyed doing arts and crafts and archery with my little camper. She had a blast, just like all the other kids did. Prom night was a huge event for the kids and it was so cute to see them all dancing and having fun. Volunteering as an MDA camp counselor was very rewarding and I’m glad to have those memories. It was very touching to see the kids experience activities they would not normally be able to participate in. I’m so fortunate to be part of a company that supports these types of causes by allowing me the time off to participate. I look forward to volunteering at next year’s MDA summer camp.”

Crly is truly a giving person. She is also a Sergeant in the Fresno Police Department Reserves and recently won Reservist of the Year, and was last year’s CBC employee of the year.