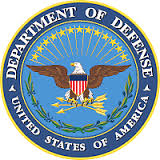 CBC has your MLA compliance solution ready and available today.

The Department of Defense (DOD) issued a final rule amending the regulations of the Military Lending Act of 2006 (MLA) in 2015. The final rule expands specific protections provided to service members and their dependents under the MLA and addresses a wider range of credit products than the DOD’s previous regulation. FDIC-supervised institutions and other creditors must comply with the rule for new covered transactions beginning October 3, 2016. For credit extended in a new credit card account under an open-end consumer credit plan, compliance is required beginning October 3, 2017.

The Department of Defense has issued an interpretive rule on its regulations implementing the Military Lending Act.

The Final Rule:
• Extends MLA protections, including the 36 percent Military Annual Percentage Rate (MAPR) cap, to a wider range of credit products, including credit cards.
• Modifies the MAPR to include fees for credit-related ancillary products sold in connection with the credit transaction, finance charges associated with consumer credit, and certain application and participation fees. Also, for credit cards, the MAPR excludes certain fees if bona fide and reasonable.
• Provides a safe harbor for creditors ascertaining whether a consumer is covered by the final rule’s protections.
• Modifies the existing prohibition on rolling over, renewing or refinancing consumer credit.
• Subjects creditors to civil liability and administrative enforcement for MLA violations.

Lenders will need to identify if the consumer is covered by MLA protections at the point of origination in order to be extended Safe Harbor. To determine a consumer’s MLA covered borrower status, the lender must obtain this information directly or indirectly from the Department of Defense’s DMDC database. A search of the DMDC database requires the following: full legal name, social security number, and date of birth. There will be multiple options to select the MLA Covered Borrower status on a credit report. The MLA covered borrower status will be accessible via keyword or Experian subscriber settings. Each option would require permissible purpose for use. Experian will provide lenders one stop access to the Department of Defense’s MLA database. MLA verification will determine covered borrower status for loan applicants and will provide lenders safe harbor.